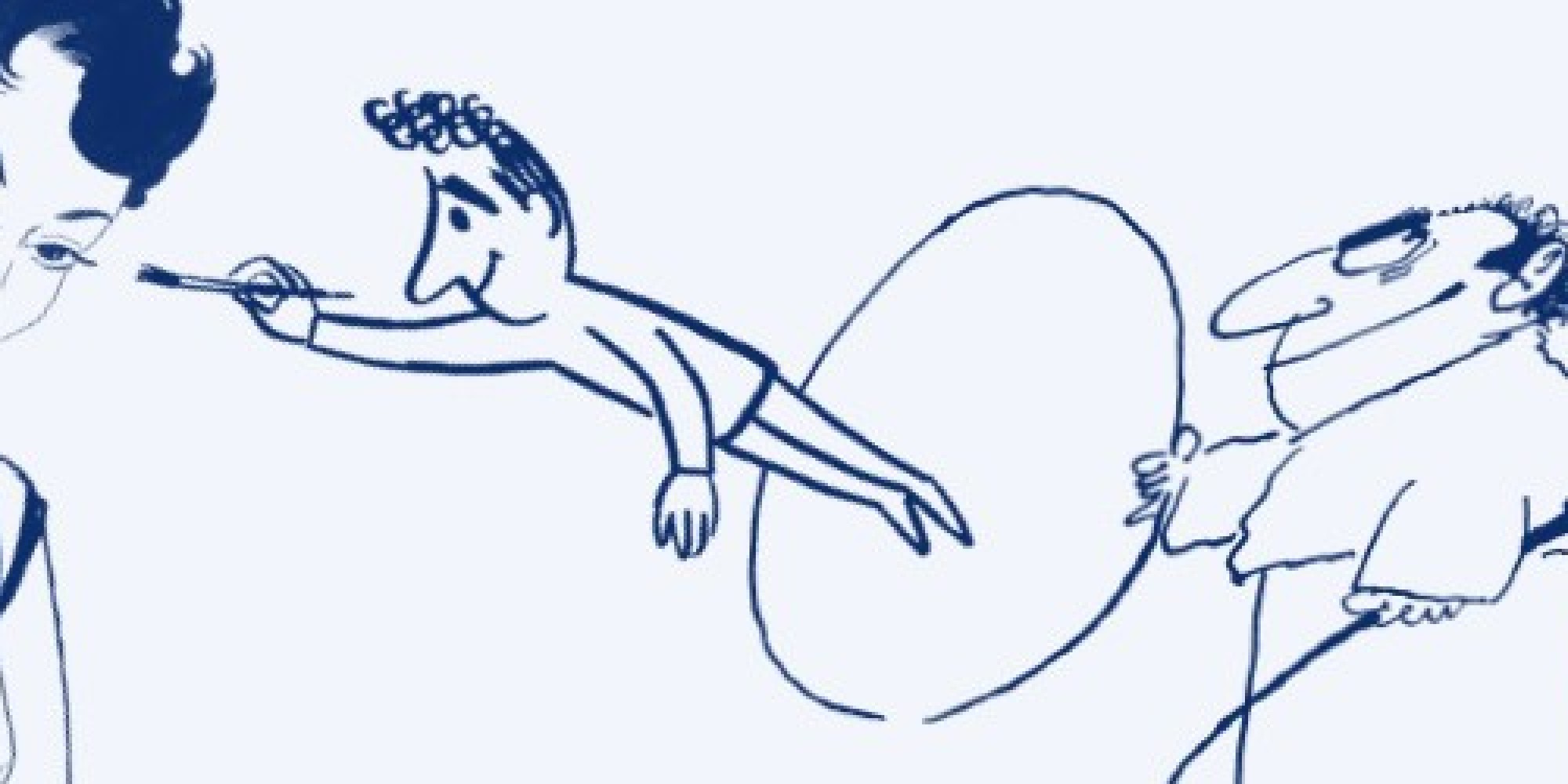 The three artists in “Three with a Pen” shared the same fate. They all grew up as Jewish children in Vienna, had to leave their home after the “Anschluss,” the annexation of Austria to Nazi Germany, and became successful elsewhere. They used their pens as tools for survival but also as sometimes trenchant weapons.

Lily Renée, born in 1921, escaped to England and made a career in New York as a graphic artist and illustrator. Her comic heroine Señorita Rio fought against the Nazis and other evil powers and became a cult figure for generations of comic fans.

Wilhelm “Bil” Spira (1913–1999), portraitist and caricaturist, painter and not least a gifted counterfeiter who forged innumerable visas and passports to enable those stranded in Vichy France to escape to freedom, survived denunciation and extermination camps to continue his successful career in Paris after the war.

Finally, Paul Peter Porges (1927–2016): at the School of Applied Arts in Vienna as a child, in the “Children’s Republic” and later in internment camps in France as a teenager, and at art school in Geneva as a young man. Armed with native wit and his pen, he went on to contribute cartoons and illustrations to some of the most prominent magazines in the USA, first and foremost The New Yorker.

The Jewish Museum Vienna is showing a representative selection of the works of these three outstanding artists, who have been rediscovered for the Austrian public.