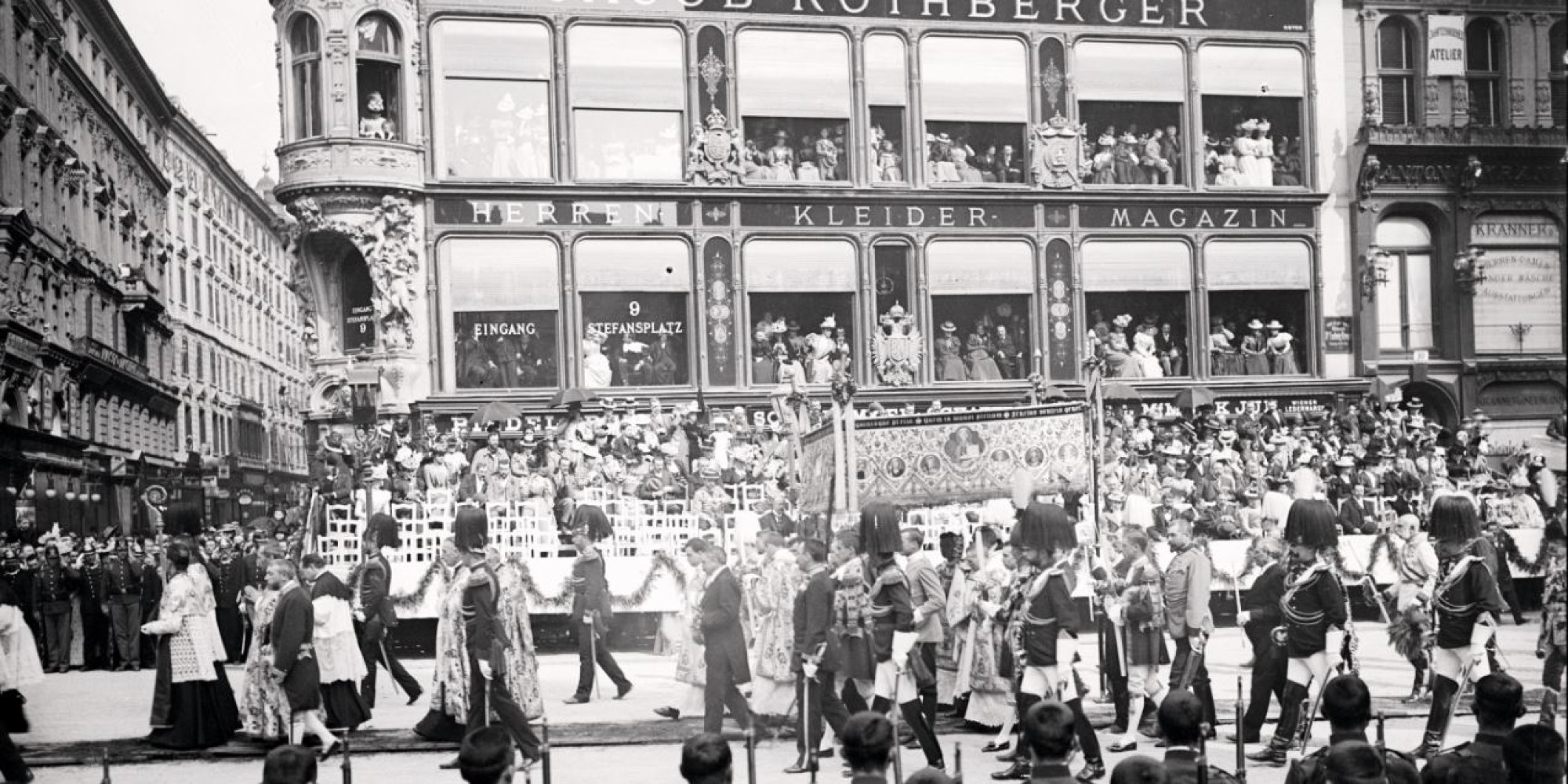 Buy From Jews! Story of a Viennese store culture

The rise of department stores in Vienna was part of a pan-European development in the nineteenth century. It is not widely known that many of the founders came from Jewish families and that there was once a garment district in the inner city. The exhibition revives the memory of well-known names like Gerngross, Zwieback, Jacob Rothberger, Braun & Co, Goldman & Salatsch, Jungmann & Neffe, and Knize and their founding families, along with suburban department stores like Wodicka and Dichter. The exhibits tell not only about the families but also about the architecture and setting, the designers, the customers, and the sales personnel, tailors, and window dressers.
This store culture was almost completely destroyed by the Shoah. The development of a garment district after 1945 through the return of former inhabitants and new immigrants is a feature of the re-emergence of Vienna’s Jewish community.

For the Epilogue, the Jewish Museum Vienna invited the young Viennese artist Kathi Hofer to take up motifs of the exhibition and, in the form of an artistic intervention, enable a different view of the exhibition.