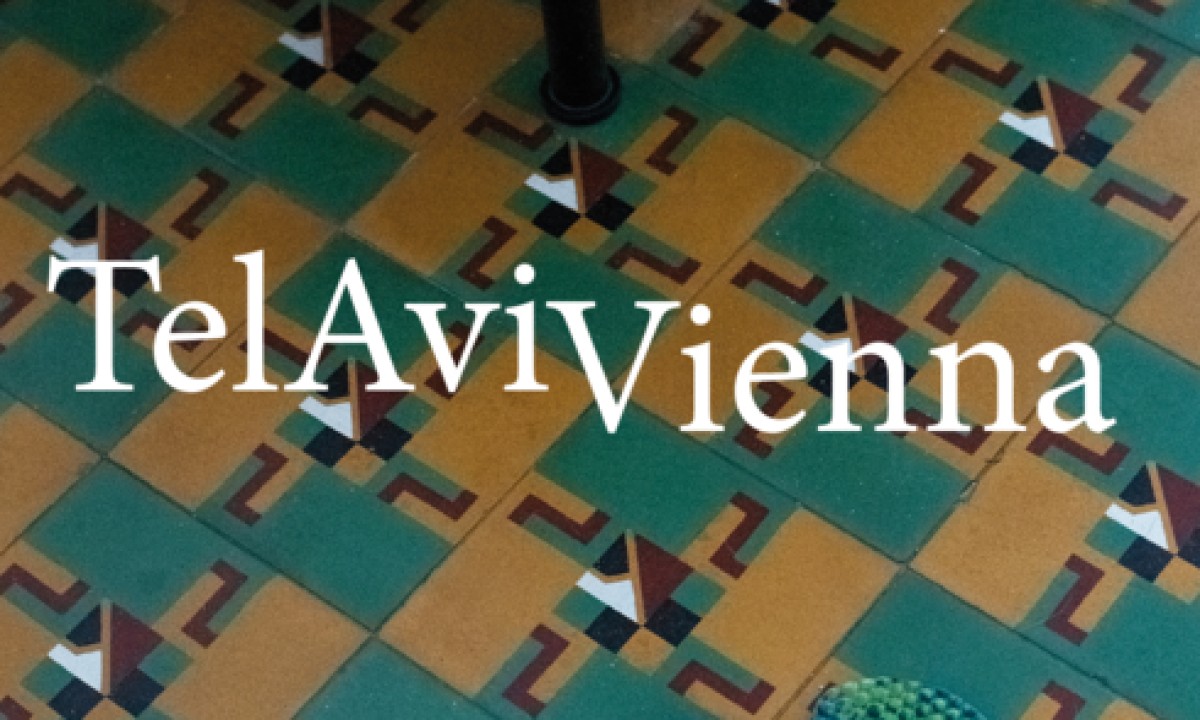 © Müry Salzmann Verlag
Tel Aviv and Vienna form a unique connection in this book. The Austrian writer Christina Maria Landerl and the Israeli artist Ronny Aviram show each other – and the audience – their hometowns in words and pictures.
In Landerl’s Vienna one takes the U6, gazes out from a friend’s apartment at the Jewish cemetery, is almost blown over by the wind of history at the new Shoah Wall of Names Memorial, strolls to “Austria’s most beautiful train station,” observes at the trees that – more than the houses and people – make up an area, and the jet-black water of the Danube Canal, on whose banks the “Tel Aviv Beach” bar invites people to linger. Ronny Aviram responds with photographs from “her” Tel Aviv that do without a soft-focus filter. They capture the city’s cracks, hiding neither concrete nor destruction. Nonetheless, it is a poetic and loving look at the city and its inhabitants, making surprising connections with Landerl’s memories of Vienna.

Christina Maria Landerl was born in Steyr, Upper Austria, in 1979 and lives and works as a writer in Berlin. The trained social worker and trauma counselor worked for many years with adolescents and young women. She studied German and Gender Studies at the University of Vienna and completed her studies at the German Literature Institute in Leipzig in 2011. In her debut, Verlass die Stadt (Schöffling & Co, 2011), Landerl already dealt with her adopted city of Vienna in literary terms. This was followed by the novels Donnas Haus (2016) and Alles von mir (2020), both published by Müry Salzmann Verlag.

Ronny Aviram was born in Haifa, Israel in 1983 and grew up in Tel Aviv. The multidisciplinary artist lives and works in Leipzig. Her work includes photography, video, installation and sound. In 2015, she completed a master’s degree in philosophy at Tel Aviv University and has been studying at the Academy of Fine Arts (HGB) Leipzig since 2017. She was awarded the study prize of the HGB-Freundeskreis and the Sparkasse Leipzig in 2019. Aviram's work has been shown at exhibitions in Berlin, Leipzig and Athens, and she has contributed texts and artistic contributions to several publications.

Advance booking until May 29 is essential: Tel.: +43 1 535 04 31-1510 or e-mail: events@jmw.at
Please provide the full names of all participants, as well as a contact possibility!
The event takes place in compliance with the currently valid Covid-19 regulations.
END_OF_DOCUMENT_TOKEN_TO_BE_REPLACED
Jewish Museum Vienna