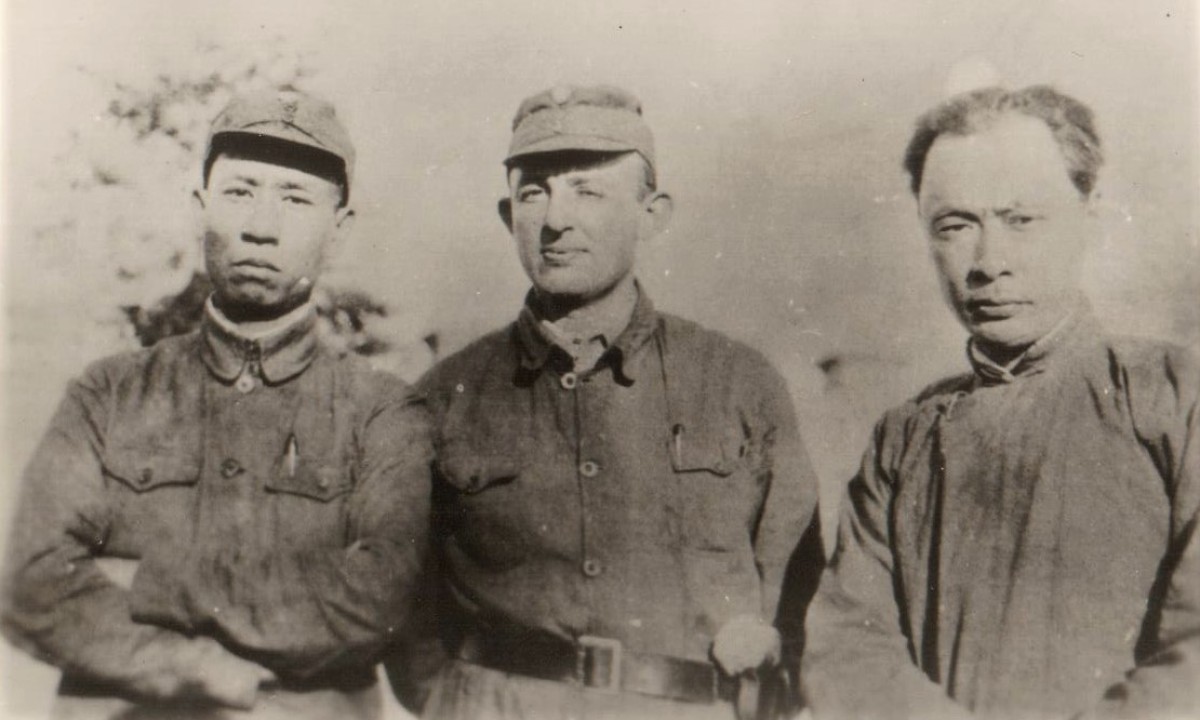 © SOA Forschung
Jakob Rosenfeld was born in L’viv in 1903 and spent his youth in Wöllersdorf in Lower Austria. After completing his training as a urologist and gynecologist, Rosenfeld worked as a sought-after doctor, to whom patients from all the former crown lands of the monarchy came. The ship passage to Shanghai saved him from the Dachau and Buchenwald concentration camps, where he, at risk of his own life, had treated fellow prisoners, regardless of person and political convictions. Out of sympathy with the suffering Chinese people, he joined the Communist Eighth Route Army in 1941, marching with them to Manchuria in 1945 when the Chinese Civil War broke out. Jakob Rosenfeld saved the lives of tens of thousands of soldiers and civilians between 1941 and 1949. As a general physician and health minister in the Chinese Army, he reached a rank that no other foreigner had achieved. Against the advice of his friends, the later President Liu Shaoqi and the later Shanghai mayor and long-time foreign minister, Chen Yi, who said he would not find his bearings, Rosenfeld returned to Vienna in 1949. He died in Tel Aviv in 1951 while he waited for a recall to China.

Gerd Kaminski, Director of the Austrian Institute for Chinese and Southeast Asian Research, Professor at the Huazhong University of Science and Technology, Wuhan, Professor at the New York State University, Lecturer at the University of Vienna. Author and editor of 83 books on Chinese topics. Research focus: Chinese foreign policy, history, folklore and law. Received the Special Book Award of China, an Austrian State Prize and other scholarly honors.

An event in the scope of the “Little Vienna in Shanghai” exhibition, which can be seen at the Jewish Museum Vienna until June 27, 2021.

A current negative COVID-19 test (PCR test taken not earlier than 72 hours or antigen test not earlier than 48 hours), a vaccination confirmation (the first vaccination date must be at least 22 days ago) or proof of a past COVID-19 infection (within the last 6 months) is required to take part in the event.