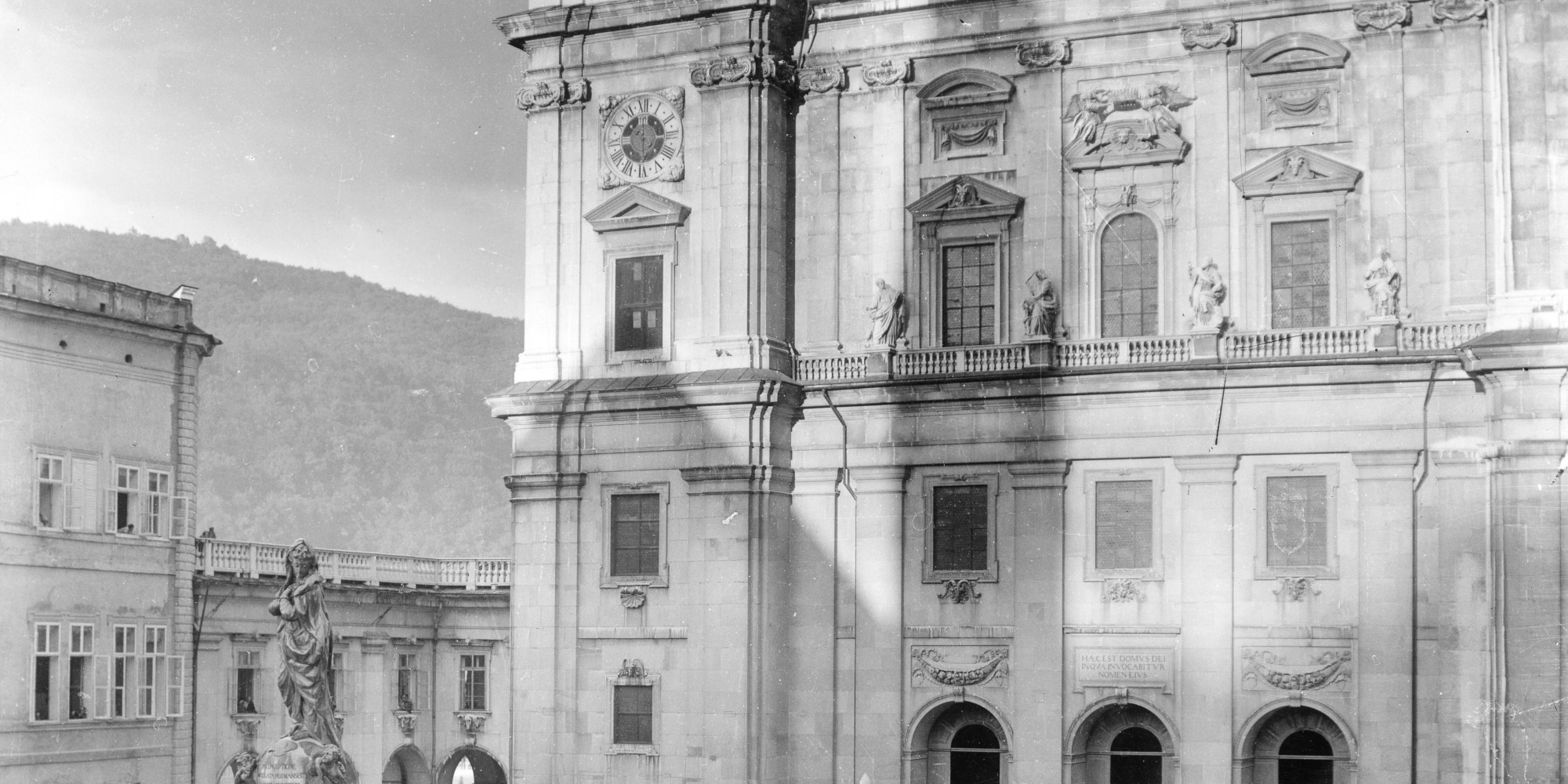 After the pogrom in the Middle Ages and surge in anti-Semitism, a new Jewish community in Salzburg was established with the arrival of Jews at the end of the 19th century. During the interwar period, this state was torn between Catholicism and German nationalism, which demonstrates how the phenomenon of anti-Semitism without Jews was particularly unique.

Under these conditions, the Salzburg Festival was founded in 1920 as a Catholic-Neo-Baroque spectacle. Many Viennese Jews promoted the revival of the idea of Austria on the stage. In addition to the expected tradition, there were also surprisingly many avant-garde artists on the program, including the dance productions of the stage architect Oscar Strnad. Even a work by Arnold Schönberg was performed in 1928. During Austrofascism, a politicization was carried out, as Austria wanted to present itself as a better German state. Arturo Toscanini, who came from Bayreuth, conducted Wagner operas, which were staged by the Jewish director Lothar Wallerstein. The "1000 mark barrier" enacted by the German Reich government was directed as an economic sanction, especially against Salzburg. The festival now increasingly attracted an international audience. In 1938, the festival was ideologically reinterpreted according to the "racial theory" of the Nazis, which meant that Jews were no longer wanted and consequently expelled. In the postwar period, only a few Jewish protagonists were working as directors and performers. Many protagonists who excelled during the Nazi period, however, were able to continue their careers. These topics are the subject of the exhibition, "Everyman’s Jews: 100 Years Salzburg Festival". Max Reinhardt, Bruno Walter, and Berta Zuckerkandl are among the most famous protagonists of Jewish origin.

At the center of the exhibition are some never-before-seen objects from the estate of Max Reinhardt and various artworks that trace the rise of the festival to the present day, as well as the lives of the various individuals, their careers, and escape routes.

We are grateful to the Salzburg Festival for its cooperation and support.
www.salzburgerfestspiele.at