“Before I learn another profession, I’d rather learn Hebrew!” 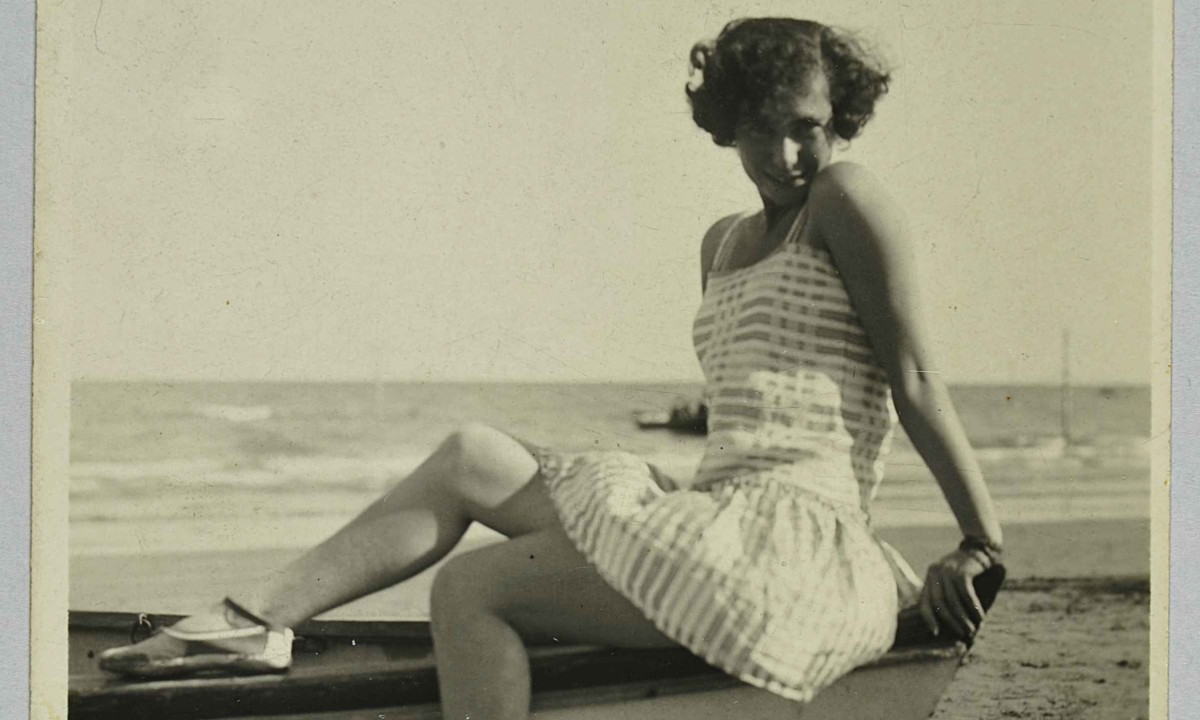 © KHM Museumsverband, Theatermuseum Wien
The photo of Stella Kadmon on the beach of Tel Aviv looks like a refreshingly idyllic summer snapshot. In fact, the Viennese actress was in exile at the time, waiting and yearning for the rule of the National Socialists to end so that she could return to her homeland  or what was left of it. This picture alone is probably enough to prove her acting skills.

But Stella Kadmon was not just an actress, she was also an enthusiastic pioneer of the cabaret stages in Vienna. At the age of 29 she founded Vienna’s first literary and political cabaret, “Lieber Augustin.” From 1931 on, the Viennese public could enjoy regular performances in the cellar of Café Prückl. She quickly discovered a brilliant poet in Peter Hammerschlag and a brilliant painter and set designer in Alex Szekely. Many were to follow them: In the next seven years, around 90 artists were to be engaged by the ensemble. As of 1935, the cabaret annually avoided the Viennese summer heat on its open-air stage on the Hohe Warte. 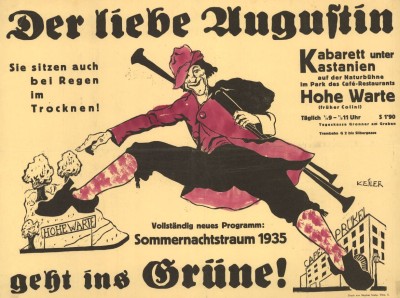 © Jüdisches Museum Wien
On March 9, 1938, the last performance at “Lieber Augustin” took place. Due to persecution and war, the troupe was scattered to the four winds, and not everyone survived. Peter Hammerschlag was murdered in Auschwitz in 1942. Stella Kadmon fled with part of her family to live with relatives in Yugoslavia, believing that they would be safe there. But when the situation became increasingly dangerous, the only option was to flee to Palestine with a tourist visa  provided that the money could be scraped up. Since this was not the case with the Kadmons, Stella entered into a marriage of convenience with her cousin Bobby, as her mother and brother already set out on the journey. Six months after the marriage, she could have applied for a free tourist visa as a Yugoslavian. However, the officer at the consulate saw through her trick and denied her the free visa, offering to issue her one for money instead. At the last moment, with the help of family and friends who had already escaped to Palestine, the funds were raised.

In Tel Aviv, the enthusiastic and energetic thespian was faced with an immense problem: Her mother tongue and working language were forbidden. German was considered the language of the murderers and was not allowed to be spoken in public. She herself did not want to be put off by the challenges of Hebrew  as the title quote already suggests. This sentence can be heard on one of the numerous tape cassettes she recorded, which are kept at the Theater Museum in Vienna along with a large part of her estate. 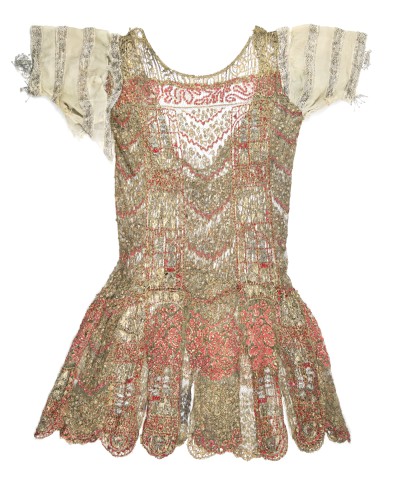 © Jüdisches Museum Wien, Photo: Sebastian Gansrigler
But after five performances in Hebrew, the audience failed to appear  because none of the German-speaking refugees who would have been interested in her program had already mastered the new language. Kadmon found a solution to express her passion for theater in exile as well: She invited people to the roof garden of her apartment at Bialik Street 23 in Tel Aviv. She organized “reading evenings in the Swiss language” there. Since she received the guests on her private premises, no one could forbid the German language. In retrospect, Stella Kadmon referred to these gatherings as “chanson evenings by moonlight.” Because the population was required to minimize outdoor light during wartime, the evenings only took place once a month: when the moon was full. As a result, Kadmon’s roof garden became an important meeting place for Tel Aviv’s German-speaking cultural scene.
In 1947, she returned to Vienna on the first UNRA transport from Palestine and continued to fight undauntedly for her passion. First, however, she had to get back her license and found that the audience had completely changed, and that political, intellectual cabaret was no longer popular. She switched to the theater and celebrated enormous success in the middle of the Brecht boycott by the major Viennese theaters with his play Fear and Misery of the Third Reich. The euphoric praise of the Arbeiter-Zeitung inspired a new name: “One has to thank the boldness of ‘Lieber Augustin’ and its director Stella Kadmon, whose cabaret stage is something like an island of courage amidst the sewage of the Viennese amusement establishment, that this sequence of scenes experienced its Austrian premiere” (AZ, April 18, 1948, 5). Over decades, the “Theater der Courage” offered a sophisticated program with many Austrian and world premieres, socially critical and topical pieces. The performance of Peter Slavik’s play Amo, amas, amat, depicting the handling of young people in prisons, even led to the closure of the Kaiserebersdorf juvenile detention center. Like during the time of “Lieber Augustin,” Stella Kadmon also shaped and promoted whole generations of theater talents with the “Theater der Courage.” One of her closest collaborators was the actress, director, and later head of the Vienna Volkstheater (1988–2005), Emmy Werner.