Out and about in "Our City!" - Josefstadt 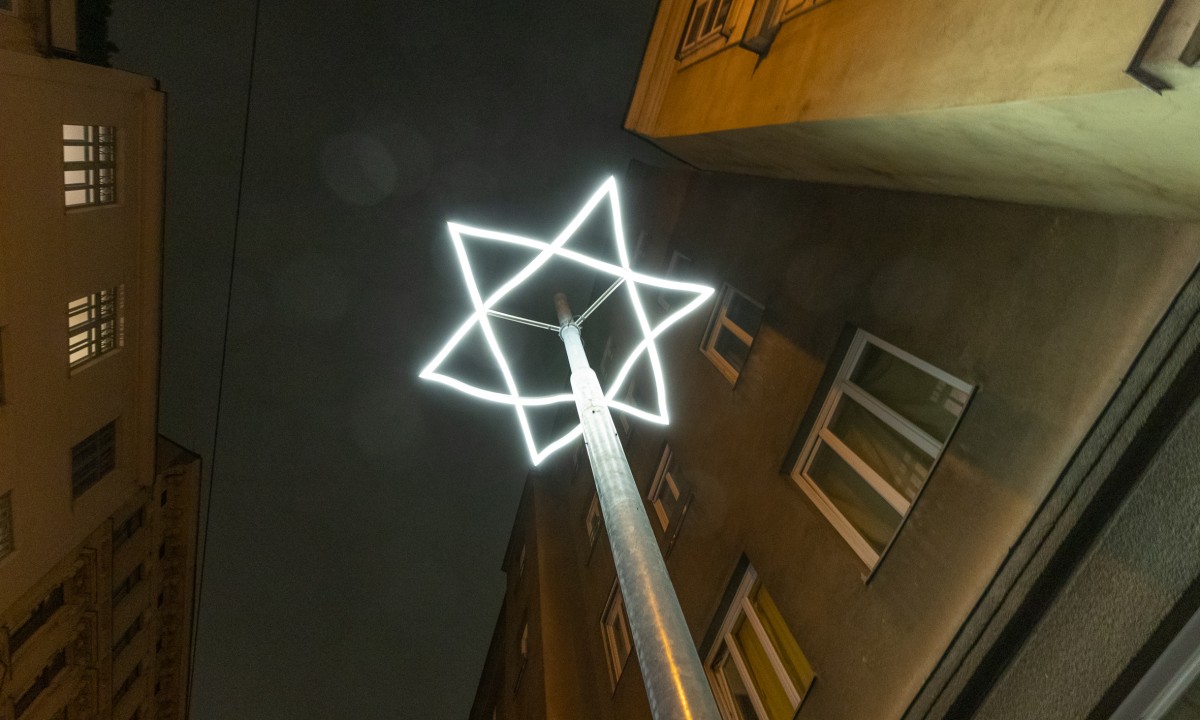 © wulz.cc
A municipal housing estate now stands at the site of the synagogue consecrated and opened in 1903 at Neudeggergasse 12 in Vienna’s eight district. Municipal housing complexes can be found at almost all former synagogue addresses and they oddly resemble one another.

What these addresses share is the visible distance from the original building structure, on the one hand, and the not really visualizable absence of story (stories) and people who can tell them. In November 1938, the synagogues in Vienna burned. Everywhere in the so-called German Reich fires were raging, but not at night in Vienna, but rather during the day, so that every man, woman and child could have seen them. The smoke and the unbelievable chaos were certainly perceptible acoustically. Since November 2018, city strollers have been able to find a very conspicuous symbol of commemoration, the so-called “OT” – Hebrew for sign or symbol, at 25 former synagogue addresses in Vienna. Information can be called up on site with the help of a QR code, and visitors to the Jewish Museum Vienna experience the virtual reconstruction of Vienna’s Jewish history in the accessible Visible Storage.

Since not many of those who can bear witness to this time from their own experience are still among us and can or want to speak, it is important to consider what to do once the contemporary witnesses can no longer give interviews. Countless interviews have been recorded and stored and can be accessed through various institutions and platforms such as www.erinnern.at. These voices will thus remain audible or will be made audible.

The objects kept in the Jewish Museum Vienna collection are likewise excellently suited as witnesses; the diversity of their origins and contexts of use expands the narrow perspective on Jewish history that one can have, and due to the Austrian school curriculum, often must have. 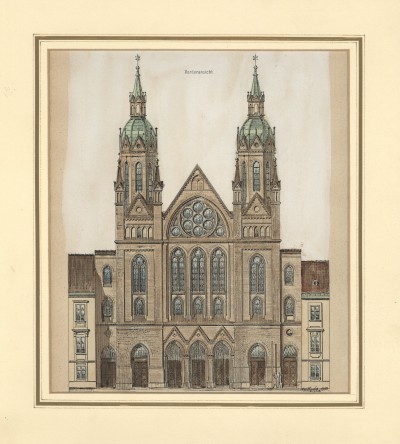 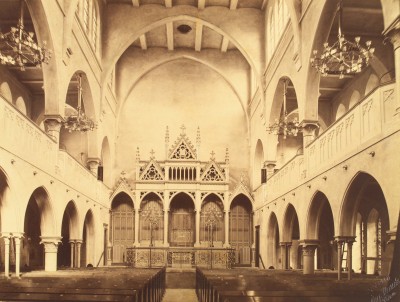 © JMW
The planning and construction of the “Neudegger Temple” were financed privately; the property on Neudeggergasse came from the estate of Moritz Königswarter, who had generously supported the construction of the City Temple long before that. In 1897, the architect Max Fleischer was entrusted with the work for the synagogue in Josefstadt. However, it took six years until construction began, because the application had to pass through all official authorities several times. The Ringtheater fire in 1881 had made them more cautious. The fact that it first had to be clarified that a synagogue is not a theater naturally did not speed up the process. Finally, the administrative court determined that a synagogue was actually not a theater and construction could begin. The foundation stone was laid in February 1903, and the synagogue officially opened six months later.

A fascinating detail was discovered while working on the exhibition about Hans Kelsen. Both the exhibition and the detail can be seen at the Dorotheergasse Museum until September 12, 2021. Adolf Kelsen, Hans Kelsen’s father, ran a lamp and chandelier manufacture in Vienna and produced the lighting fixtures for this very synagogue on Neudeggergasse. Hans Kelsen always kept a photo of his father with the lamps on his writing table. 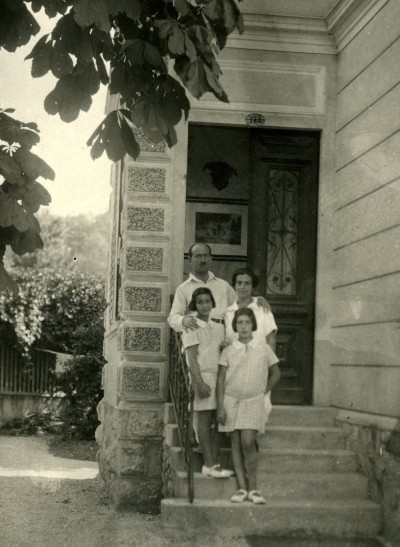 © Provided by and used with permission of Anne Feder Lee, PhD, granddaughter of Hans Kelsen; Hans Kelsen-Institut (Bundesstiftung)
Hans Kelsen, the world-famous lawyer referred to as the “father” and – this description fits better – as the architect of the Austrian Federal Constitution is perhaps not honored enough. After graduating from Vienna’s Akademisches Gymnasium, he studied law, served in World War I, worked as a university professor and dean, drafted the current constitution, presided as an independent judge in the Constitutional Court himself and reinvented himself several times after he had left Vienna. His next stops included Heidelberg, Cologne, Geneva – he didn’t speak French, but gave lectures in this language, Prague and the USA. He and his wife Margarethe only returned to Austria as guests. His daughter Maria also emigrated to the USA; his daughter Anna resettled in Palestine.
It is not known whether the Kelsens attended the synagogue on Neudeggergasse or a synagogue at all. Hans and his siblings all converted; Hans a second time to the Protestant faith, namely, to marry his wife, who had also left the Jewish community.

More information about Hans Kelsen, his biography and the historical events and upheavals of this time can be found in “Hans Kelsen – A Graphic Novel”, which was published in place of a catalog for the exhibition. Even without knowing anything about the legal details, the reader understands everything, has fun reading, and can even trace the hierarchal structure of the constitution in culinary terms.

Let’s return to the eighth district: Hans and Margarethe Kelsen, née Bondy, had lived at Wickenburggasse 23 with their daughters Maria and Anna since 1912. They weren’t wealthy, but employed a domestic servant who served coffee and pastries to those taking part in Doctor Kelsen’s private lessons, mostly students. In the graphic novel you can read that Hans Kelsen put a lot of sugar and a lot of whipped cream in his coffee, dipped a “Kipferl” (croissant) for a disproportionately long time and then let it pleasurably melt on his tongue. Hans Kelsen also gave “privatissima” in Cologne, where sandwiches and tea were served.

Hans Kelsen and his wife had their bodies cremated and the ashes scattered in the Pacific. So, they either belong to everyone or no one. If the history of our city had been different, the Kelsens would not have left Vienna and would be lying in a grave of honor at the Central Cemetery. 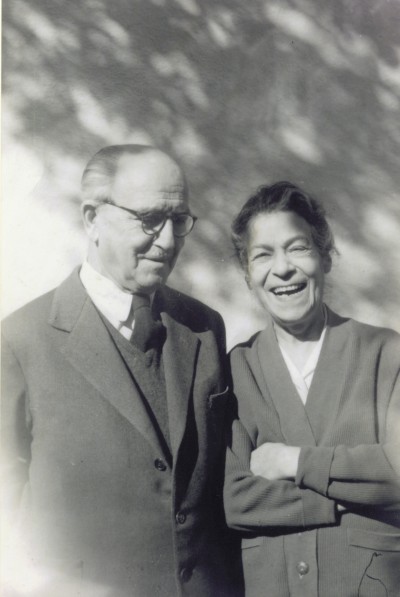 © Provided by and used with permission of Anne Feder Lee, PhD, granddaughter of Hans Kelsen; Hans Kelsen-Institut (Bundesstiftung)
In immediate proximity to the entrance of Gate 2, a memory of the Kelsen family remains. Samuel Kelsen, Hans’s uncle, was a manufacturer of plumbing equipment and manhole covers in Vienna. The second manhole cover from Samuel Kelsen’s company was also located on the grounds of the Central Cemetery and nearly disposed of. Today it is part of the Jewish Museum Vienna collection and can, of course, be seen in the Hans Kelsen exhibition. In case you thought the “Kipferl” was Kelsen’s favorite pastry, you are way off the mark. Check out the graphic novel! 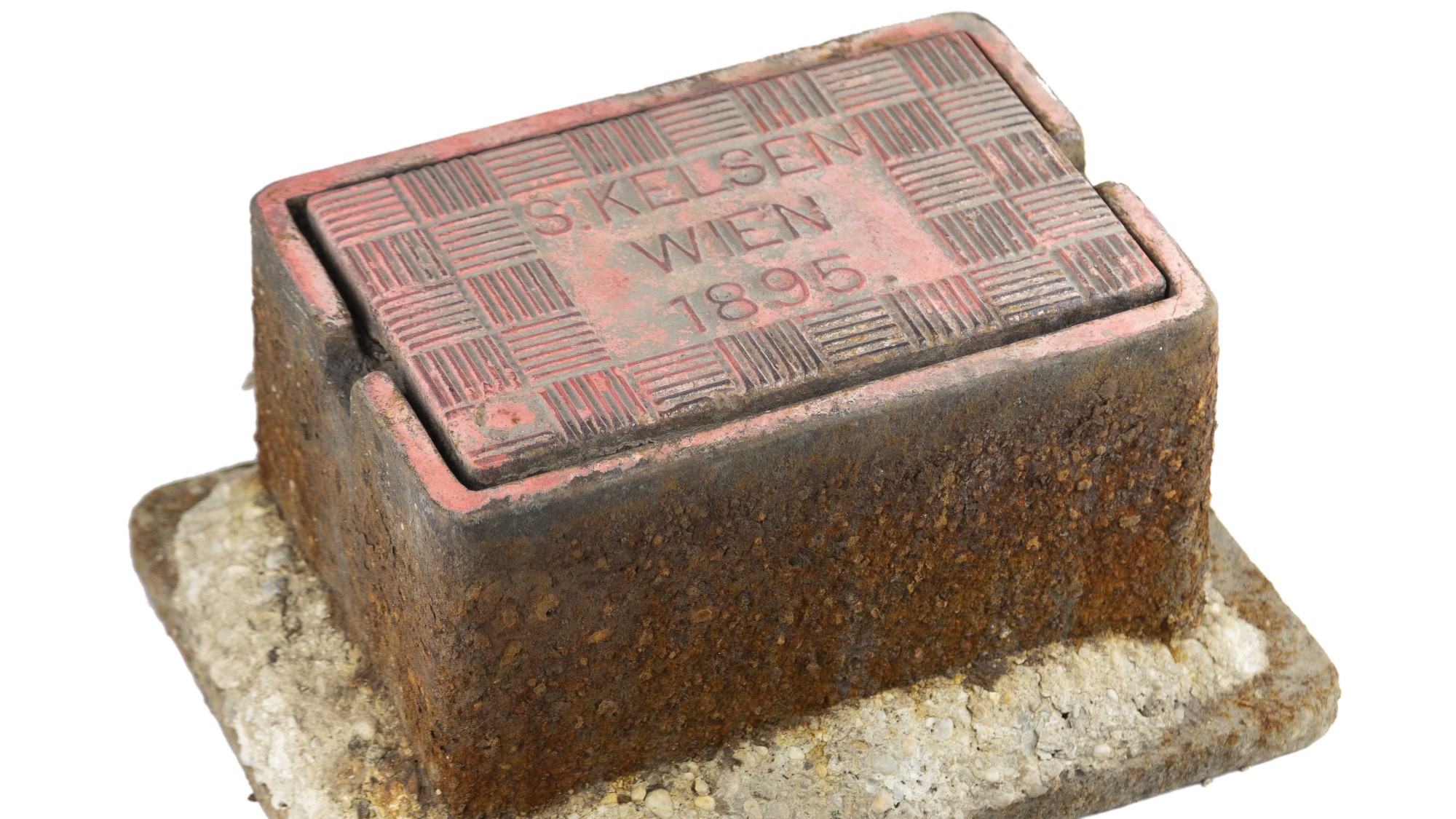 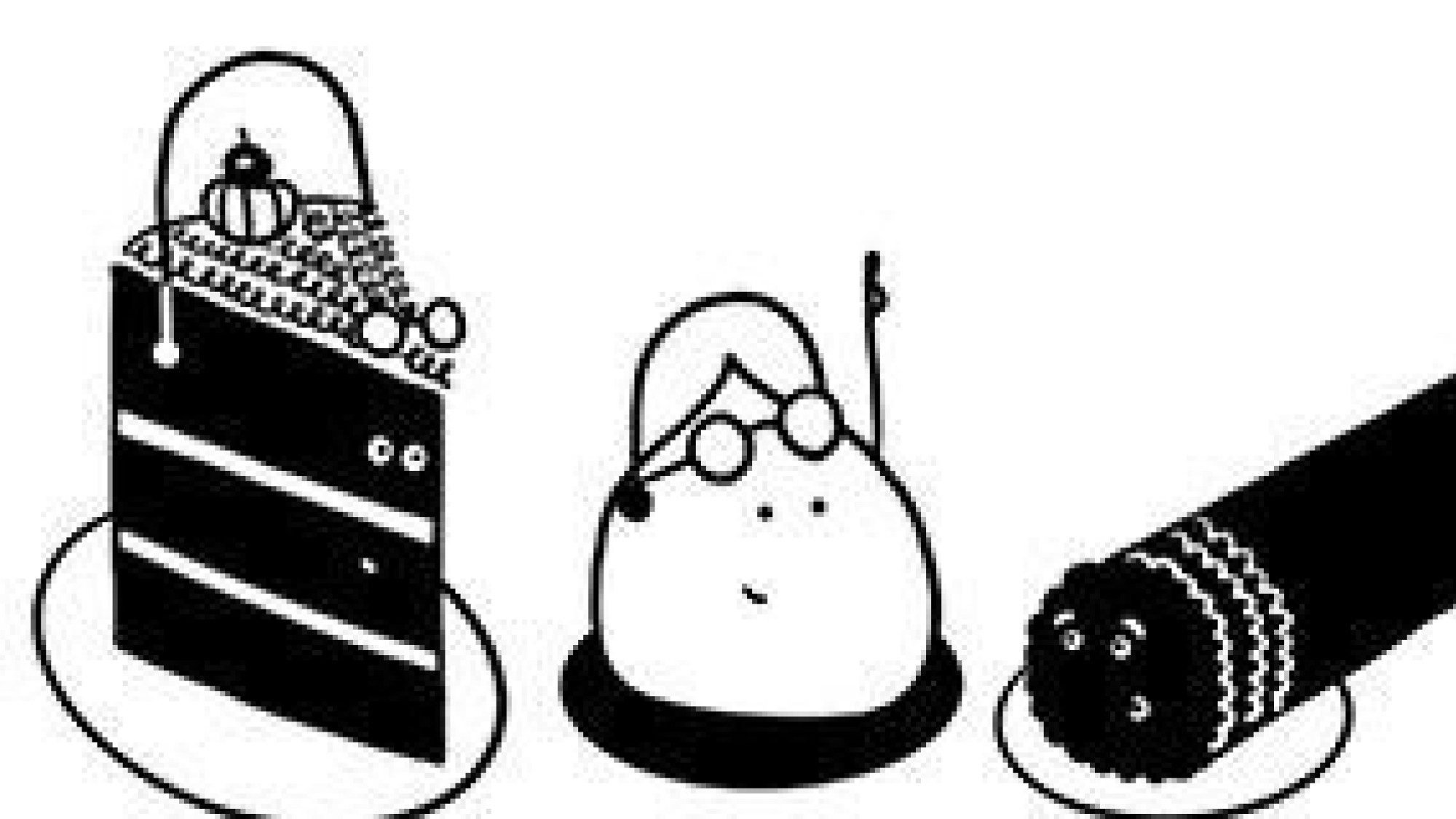