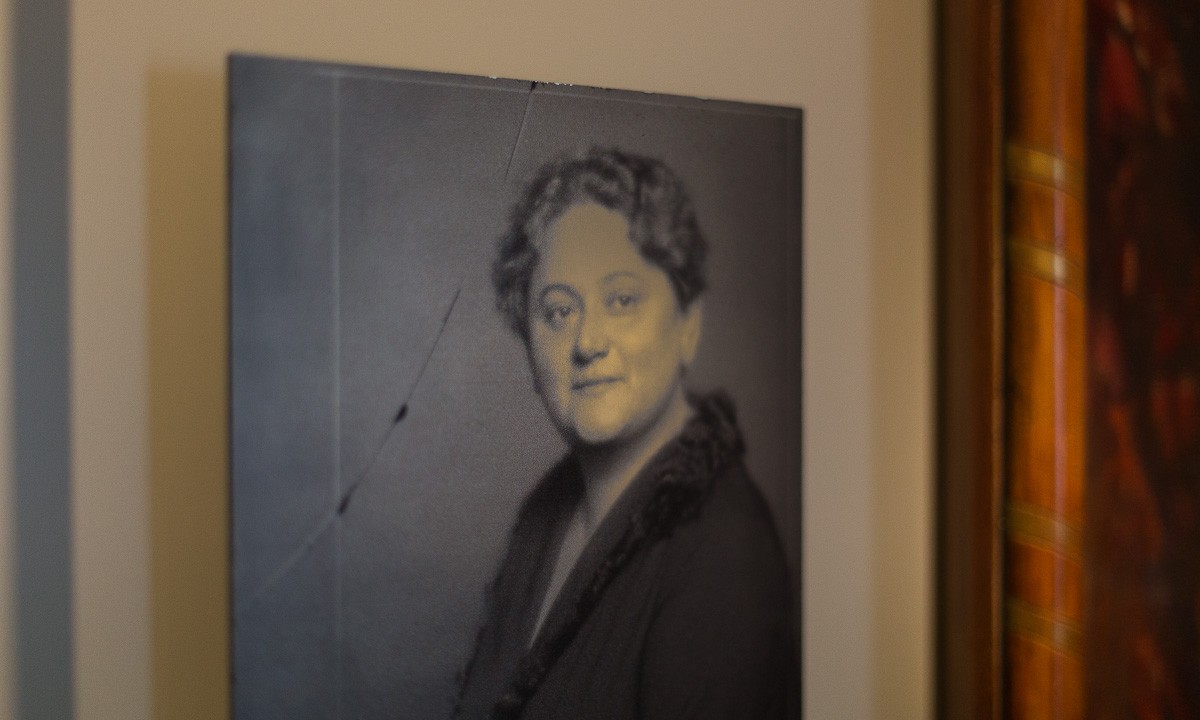 © Sebastian Gansrigler
Eugenie Schwarzwald (née Nussbaum) was born into the Jewish faith in Polupanivka (Galicia) in 1872. She graduated from grammar school in Chernivtsi and studied philosophy and literature at the University of Zurich from 1895 to 1900, when women were not yet admitted to study at Austrian universities. Settling in Vienna in 1900, she married Hermann Schwarzwald in December of that same year. In 1901, she took over the girls’ school on Franziskanerplatz in Vienna from Eleonore Jeiteles for a small fee. From 1911 on, she ran the school as an eight-year secondary school for girls (as of 1913: at Wallnerstrasse 9 in Vienna’s first district). This was the first secondary school in Austria where girls could graduate. The basic ideas behind Schwarzwald’s progressive pedagogics were nonviolence and the fostering of creativity. She managed to hire well-known personalities as teachers – e.g., Oskar Kokoschka for drawing, Adolf Loos for architecture, Arnold Schönberg and Egon Wellesz for music. Sigmund Freud, Egon Friedell, Carl Zuckmayer and others met at her summer holiday home on Lake Grundlsee. During the First World War and afterwards, Eugenie Schwarzwald established day care centers, communal kitchens (also in Berlin) and holiday homes for children and adults. In 1938, she did not return to Vienna from a lecture tour in Denmark, but emigrated to Switzerland. The Nazis sold all of her property and closed her schools and humanitarian institutions. Eugenie Schwarzwald died in Zurich in 1940.
Recitation: Gabriele Schuchter
On the piano: Petra Pawlik

Gabriele Schuchter was born in Salzburg. She trained as an actress at the Max Reinhardt Seminar. Her first engagement at the Burgtheater (director: Leopold Lindberg) followed, after which she became a freelance singing actress, among other things, in Bonn and Salzburg, at the Volksoper, Theater in der Josefstadt and State Opera in Vienna, in Verona, as well as at various summer festivals: Salzburg Festival; Lower Austria: Reichenau Summer Festival; Upper Austria: Lehár Festival Bad Ischl, etc.; Burgenland: Parndorf, Stockerau, etc.; Carinthia: Porcia Comedy Theater Festival). She was continuously active for 18 years at the Volkstheater under Paul Blaha, Emmy Werner and Michael Schottenberg.

Petra Pawlik was born in Vienna and began taking piano lessons at the age of 7. She completed her diploma studies in piano performance and received a degree in instrumental and vocal pedagogics. Currently she is teaching at the Music School of the State Capital St. Pölten. She has made appearances as a soloist, accompanist and chamber musician in Austria and abroad. She has composed and performed music at the summer festivals in Mauer and Stockerau. For around 10 years she has provided pianistic accompaniment to plays and readings by the author Helmut Korherr.

Helmut Korherr was born in Vienna. His dramatic works have been performed in Austria at the Volkstheater, Metropol, Stadttheater Walfischgasse, Festspielhaus St. Pölten, the Lower Austrian State Theater, the Carinthian Summer Music Festival, the Tyrolean State Theater, as well as in Germany and the Czech Republic. He has been a member of the P.E.N. Club since 1976. In 2013, he was appointed as professor.

Please provide the full names of all participating people, as well as a contact possibility!
A current negative COVID-19 test (PCR test taken not earlier than 72 hours or antigen test not earlier than 48 hours), a vaccination confirmation (the first vaccination date must be at least 21 days ago) or proof of a past COVID-19 infection (within the last 6 months) is required to take part in the event.
END_OF_DOCUMENT_TOKEN_TO_BE_REPLACED
Jewish Museum Vienna